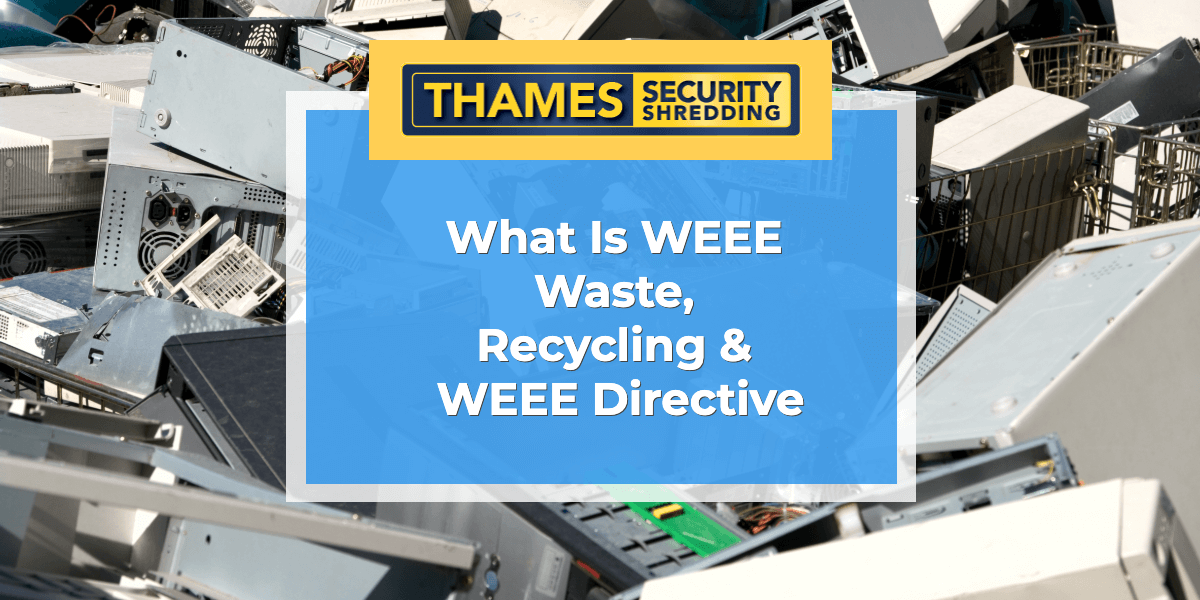 What Is WEEE Recycling & WEEE Directive

Without further ado, lets cut right to the chase, shall we? First things first, WEEE is not a word in itself. It is an acronym. Lacking any dots between the letters, it is pronounced just as it is seen. WEEE stands for Waste Electric and Electronic Equipment.

Scientists have done an excellent job scaring the wits out of us. It is no news that our world, and the whole human race as we know it, is tottering at the edges of extinction. This is due to the way we handle the natural resources that are meant to prolong our existence.

Nothing good lasts forever. As sad as it may be, it is the truth! Why else do you think foods, appliances, machines, and just about anything that is produced has a lifespan or expiry date? Due to wear and tear of use, poor handling, inadequate servicing, and a million other factors, machines and appliances especially face the threat of ultimate redundancy.

WEEE covers any and everything with a plug or battery. Look closely at the meaning of the acronym: Waste Electrical and Electronic Equipment. Notice that this in no regard gives any instruction.

It is a mere statement, premising the fact that Electrical and Electronic Equipment could constitute wastes. The term that gives instructions or further enlightenment concerning WEEE is the WEEE Directive. Realise that terms like WEEE Regulation and WEEE compliance all mean the same as WEEE Directive, and can thus be used interchangeably.

Plastics, metals, water, rubber, nylon, and a host of other raw materials, to mention a few, undergo active recycling. If all of these could be recycled, why can’t electrical appliances and equipment be? In simple terms, the WEEE directive is the system that ensures that electrical appliances are in the same vein, actively recycled when they lose their immediate value.

There are majorly two types Waste Electrical and Electronic Equipment. They are:

1. Household WEEE: Yes, they are just what they sound like. These include a host of electrical appliances that are found and used in the home. They range from TVs to refrigerators, to lamps, to routers, to air conditioners, to a billion other things that make life easier in the home.

2. Non-household WEEE: These are bigger electrical appliances and equipment that are usually found in companies. They are used for manufacturing purposes. They may include industrial generators, large baking ovens, batteries, conveyor machines, etc.

Generally, the following factors should be taken into consideration when making classifications between household and non-household electrical appliances: performance, size and weight, power supply and voltage.

The Waste Electric and Electronic Equipment (WEEE) Directive is a body of rules that set recycling, recovery and collection targets for every electronic and electric equipment. The WEEE directive is enforced on importers, retailers, producers, and users of EEEs. It mandates that they should responsibly dispose of their electronic equipment. The ultimate goal of this directive is to ensure a cleaner and healthier environment by recycling at least 85% of WEEE.

Over the years, having noticed the grave effects of environmental nuisance and pollution, damaged electrical appliances constitute, it was evident that a giant step had to be taken. To prevent and reduce Waste Electrical and Electronic Equipment, and in the bid to encourage the practice of reuse and recycle, the WEEE Directive became European Law in February 2003.

While the European Union Commission had already prepared the first draft of the directive back in 1998, it wouldn’t become law until another five years.

The purpose of the WEEE Directive was to set targets for the collection, recovery and recycling of WEEE across all of Europe. The directive charges producers of appliances that they be responsible for the ultimate disposal or recycle of their items when they become wastes.

Is it really a directive if it does not have a symbol? The WEEE directive has an interesting dynamic symbol. It is a wheelie bin with cross over it. A crossed-out wheelie bin. This could have a thick black line beneath it, or not. Appliances with the black line beneath them depict production at or after 2005 when the directive took effect. The WEEE directive applies to such appliances. Those without the black line indicate equipment that was produced sometime between 2002 and 2005 before the enactment of the WEEE directive. Such appliances are treated as historical WEEE and fall outside reimbursement through WEEE compliance schemes.

The WEEE regulation is multiple-edged:

It aims to regulate and ultimately curb the production of environmentally unfriendly and unsafe appliances. 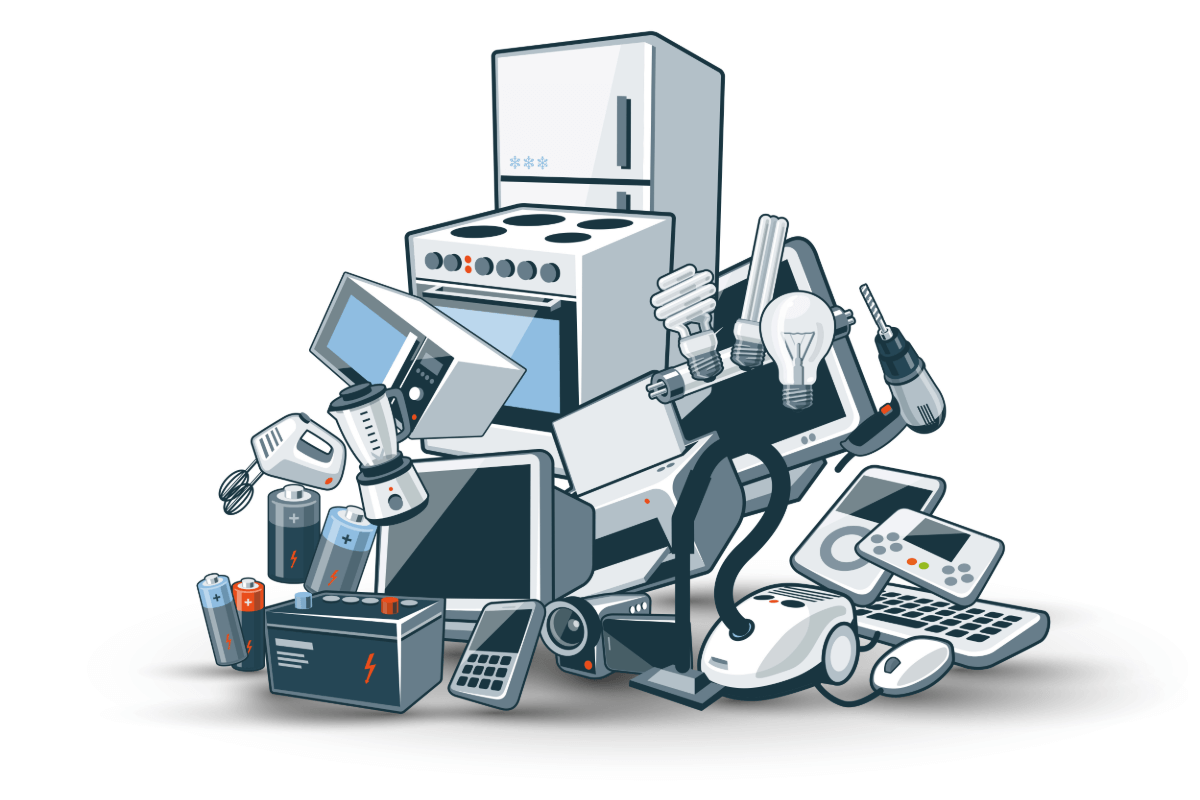 WHO DO THE WEEE REGULATIONS AFFECT?

The WEEE regulations and directives affect the following groups of people:

Absolutely regardless of the sales technique, you decide to adopt, you are a producer if you:

In summary, according to the reforms of the WEEE Regulations on 1 January 2014, you are a producer if you place electrical and electronic equipment on the UK market for the first time by importing, manufacturing, selling, reselling, or rebranding even. A certified producer must be registered under the Environmental Agency.

A distributor is someone who supplies electrical appliances and electronic equipment on a commercial basis to one or more parties that need to use them. Note that while a producer imports or exports, a distributor only sells within the jurisdictions of a country. In addendum, a distributor may supply leased or hired electrical equipment too, not necessarily new ones. In a broader spectrum though, distributors do include all of producers, wholesalers, and retailers even.

These could consist of any companies that are interested in the recycling of these appliances to produce raw materials that may be used for reproduction of the same, or totally new products entirely. These facilities could be involved in plastic, metal, nylon, or recycle of any other materials. They must be an Approved Treatment Facility, and their techniques must comply with the Guidance on Best Available Treatment, Recovery and Recycling Techniques (BATRRT) amongst other guidelines.

The government has the ultimate power in the land. They invented these regulations and directives in the first place. They generally have no obligations under the Compliance, other than being charged with take-back of non-household WEEEs.

While there are indeed many more complexities and intricacies to Waste Electrical and Electronic Equipment, these are the basic things to know.

Further studies show many more abbreviations and scary terms. Many more government agencies get involved along the way; we might just get lost altogether. However, most important probably, is the fact that we now have more than ample knowledge concerning what WEEE is, and what its basic concepts are.

The next time your electrical appliance meets its end, please do not store it up in your basement. You now know the right quarters to call. Contact Thames Security Shredding for more information. 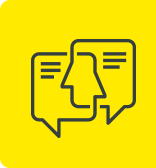 If you have any questions please fill out the contact
form and one of our team members will get back to you.